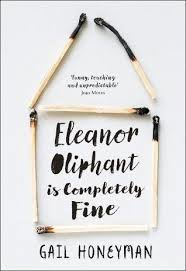 A little hint: this book is well worth reading :)))
This book has been a real buzzer since it came out.
I couldn't wait to get to it! And when I got to it, it quite surprised me.
I expected to be completely smitten with the characters, with the story, with the way it's written, the way it turns out to be one rather than the other... But, no, I was not blown away. I was not captivated to a degree, that you just can't put the book down.
First, I found it quite peculiar. Then it became a little annoying in its melancholy and sadness of the same message being stamped page upon page... And then, somewhere near the middle of the book I quite liked it! No, let me re-phrase it: I loved it!
Read more »
at October 17, 2017 No comments:

Where They Found Her 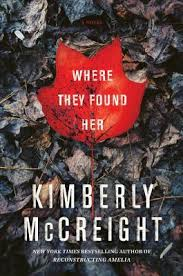 A bit disappointing really as there was so much potential and plenty of opportunities to turn this abrupt and quite boring at times (many times!!) narration into a great psychological thriller with great suspense.
I even liked some of the characters! But that didn't help. 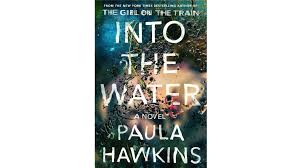 ﻿
Yee haw, that was some ride!
A real roller coaster of a book.
It took off fast enough but confusing a bit, as new characters kept popping up.
But the further I read, the clearer it was all getting. Not the mystery part, but the settings, the story and the characters.
I was getting a better picture of that little circle of those who were involved into events, I got to see them from different angles, to learn their secrets, to see what others saw and knew about them.
Yet the more I learned, the less I knew. Does that not make sense? LOL
The more I learned, the more possible scenarios were building up in my head as to what could have happened.
It was a great read! I must say, I felt like an investigating officer :))) I was about to put sticky notes on the white board at some stage :)))
I liked the pace of this book. The chapters alternate and present views on the chain of the events from the perspectives of different characters. There's a bit of confusion in the very beginning, but them you get into it and you don't get mixed up. The chapters are not too long to get you forgetting what the previous one was all about :)) yet, they feed you enough to get you guessing new possibilities after each chapter.
﻿
﻿
Read more »
at October 16, 2017 No comments: